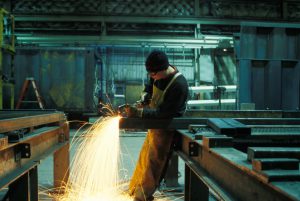 The transition towards a circular economy has been set in motion. National policy frameworks are being developed and the European Union adopted the Circular Economy Package in December 2015. Policymakers, industry and – increasingly – citizens understand the potential that the circular economy could bring to Europe. The circular economy is a comprehensive proposition, of which mainly the economic and environmental benefits have been highlighted. However, what implications does the circular economy have on the labour market? How many and what type of jobs will be destroyed and which will be created? What is the net effect on the total number and type of jobs? And what does that mean for all of us in terms of job reallocation or the need for skill changes? Despite some sporadic evidence at macroeconomic level, there is relatively little known about the implications of the circular economy on this important social dimension (the labour market) in the EU.

Trinomics – together with Cambridge Econometrics (lead) and ICF – has recently won a new project for the European Commission, DG Environment, to analyse the impacts that a transition towards a more circular and resource efficient economy might have on the labour market. Particularly, our team will investigate how the different changes in our economic system induced by the circular economy could impact on the labour force, including reallocation of labour across sectors, changes in occupations within sectors and changing skill compositions. We will also aim to quantify the overall net employment impact, while identifying ‘winners’ and ‘losers’ and propose concrete recommendations for policy makers to facilitate labour mobility or training requirements. Through an objective and rigorous analysis, we aim to disentangle facts and myths surrounding the employment impact of the circular economy and verify the (predominantly positive) broad existing estimates on the impacts of the circular economy on employment. By addressing the challenges related to labour and the circular economy, our team aims to contribute to a growing understanding of the potential of the circular economy and identify the conditions under which the transition towards a circular economy will create a net positive impact on the labour market.