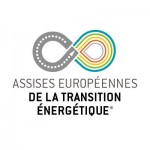 Trinomics’ managing director, Koen Rademaekers, took part as a discussant in the conference “Les assises européennes de la transition énergétique”. This conference, which dealt with various issues of the transition towards a green economy, took place in Dunkerque, in France, on the 26th, 27th and 28th January 2016. Koen Rademaekers was invited to share results and policy recommendations drawn from the project “Green jobs and skills in developed countries”, carried out by Trinomics under commission of ADEME, the French environmental agency. In the end of the conference, Koen Rademaekers and Thomas Gaudin, a director at ADEME, gave an interview in which they discussed how the labor market is prepared for the growth in demand for green skills, which the green transition entails. The video with this interview (in French) can be watched below. The program of the conference can be found here.

Our “indispensable” natural forests: perspectives from the open public consultation on stepping up EU action on deforestation and forest degradation
29 May, 2019

Open public consultation to assess impacts of harmonising smartphone chargers in the EU
17 May, 2019
Go to Top
This website uses cookies to improve your experience. We'll assume you're ok with this, but you can opt-out if you wish.Accept Read More
Privacy & Cookies Policy
Necessary Always Enabled